Main Gate to the Campus

Dr attemu got his Bachelor Degree in Education from the University of New Brunswick Canada in 1982. He got his Masters Degree (M.A in Education) in 1987 and his PhD in Curriculum and Instructions in 1999, both from the University Of British Colombia, Canada.
Dr. Mattemu Kithyo worked in various stations including Moi University where he worked as Head of Department, Associate Dean of Education and as Dean of the Facility of Education.
He was also appointed As Coordinator for Education Programs in Mombasa Campus of Moi University.
He was promoted to Senior Lecturer In 2007 In the Department of Technology Education In Chepkolel Campus, which later became the University Of Eldoret. In the University Of Eldoret, Mattemu worked as a Coordinator of Post Graduate Studies. He also represented the University at the Commission of Higher Education, the now Commission for University Education, where they were developing a Curriculum for East African Universities (Credit Accumulation and Transfer System Programme)
Dr. Mattemu Kithyo is seasoned researcher with over ten articles in referred journals and a book.
He also supervised student both For Masters and PhD Degrees in Moi University and University of Eldoret. He is now working as a Senior Lecturer in S.E.K.U, Mtito Andei Campus where he is teaching and supervising Post Graduate Programmes.
Finally, he has attended several conferences, workshops and seminars. 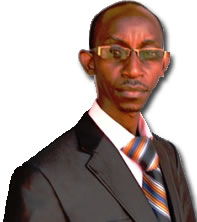